Figured I'd make a group for anyone that wants to participate hopefully it works if not let me know I'll fix the settings. It's on yahoo, if it's easier I can change it to espn but both are free to make an account if you don't have one already.

Instructions to join:
Click on this link- http://tournament.fantasysports.yahoo.com/t1/register/joingroup
Proceed by pressing the join group button.
Enter the Group ID # which is: 102975
Enter the Password- basketball
Additional notes- Good luck this bracket is a mess 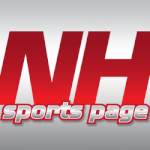 Did it end up saving? Mine saved...

Not really drawing a lot of interest, but brackets don't need to be filled out until thursday so there is still time to join.

Now I know why you wanted to switch to the NCAA bracket talk, you are leading. That is me on the bottom. I am hoping for a late tournament run. It gets interesting when someone who is picked to win it all loses. People who picked Pitt (not our brackets) are not happy this morning. What is wrong with the Big East? I think I saw they only have 4 or 5 teams left out of 11.

Tully leading the Forum bracket? This coming on the heels of Tully's outrageously popular percentage picks.

Tully was running away with it, but he had duke taking it all and since they lost he has given myself and The Assistant a shot to come back. Tully's still in first but the highest total points he can now get is 105 where as the Assistant can get 137 and I can finish with 136. Things could be decided Assistant has UNC taking it all and I have Ohio State if one were to lose and the other wins, it's likely to be all over.

It pains me having the Buckeyes win. Can't stand Ohio State athletics, partly because I'm a Penn State Football fan, but I just think they're loaded this year and it'll take a special performance to beat them.

stick a fork in me. That was a lot of fun guys, thanks for sking me to play. 7? games left and it is over.
Any idea if ESPN or CBS mentioned how many people picked VCU to go this far? Amazing.

Looks like I'm toast now as well. Tully's still leading after today, has 3 final 4 teams left but his one team that's out was his championship winner. Meanwhile The Assistant has 2 final four teams remaining both of which he has going to the 'ship, so Slight edge to him to end up winning.

I just read on espn, that in there bracket challenge only .4% of the 5.8 million people that filled a bracket out on there site still have VCU remaining (so it doesn't include other sites such as yahoo, cbssports etc) If I did my math correctly that's something like 23,200 people. Current Enrollment of undergrads at VCU (according to collegeboard) 23,400. I was going to joke that all those brackets are probably VCU students, now I know not everyone at VCU did a bracket and had there school going this far just thought it was wierd that the numbers were so close.

A winner declared with NO ONE picking any Final Four teams? A down year for Forum-ites and their brackets.

Here's a story from ESPN on picking this years bracket....

More than 5.9 million brackets were filled out for ESPN.com's Tournament Challenge, but exactly two went 4-for-4 in picking Final Four teams.

As for the other half of the bracket, 112,489 brackets (1.9 percent) had Connecticut and Kentucky meeting in the Final Four. Overall, 23.1 percent of brackets had UConn making it this far, compared with 8 percent for Kentucky. Of the brackets with the Huskies and Wildcats, 53.5 percent have Connecticut winning.
_________________
NH Sports Forum Administrator

I'm usually not one for publicity, but now you've exposed me as one of the two out of 5.9 million having the correct 4 teams in the Final Four.

Only kidding - just wanted to give a jump start to any Forum-ites who might of run out of coffee in the percolator.